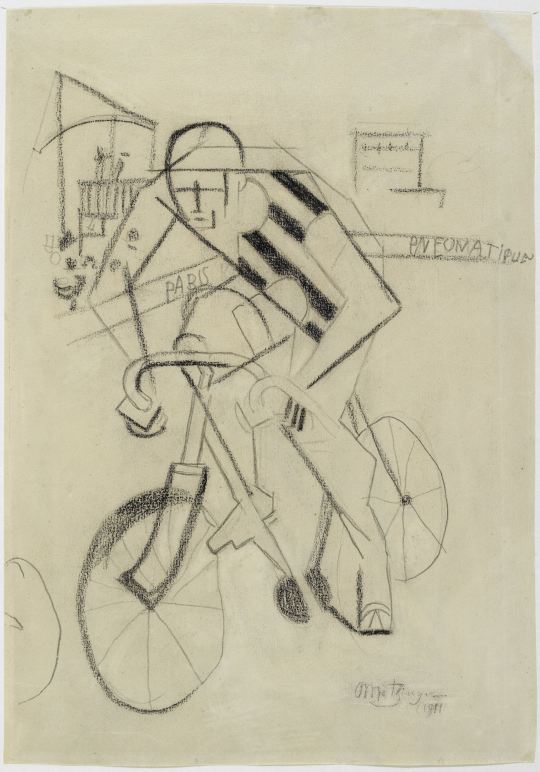 This is a drawing by Jean Metzinger on view at the Peggy Guggenheim in Venice. Following is the text from the Guggenheim.

June 9–September 16, 2012
The exhibition revolves around Jean Metzinger’s At the Cycle-Race Track (Au vélodrome, 1912), a pivotal Cubist work at the Peggy Guggenheim Collection. Beyond exploring the theme of the fourth dimension, a proposed transcendental other reality, which fascinated the avant-garde in Paris before World War II, the show presents other Metzinger paintings and drawings on the theme from private and public collections, in addition to Mario Sironi’sThe Cyclist (Il ciclista, 1916), Umberto Boccioni’s Dynamism of a Cyclist (Dinamismo di un ciclista, 1913), and works by Pablo Picasso and Gino Severini. Photographs of the velodrome in Roubaix, France, and the champions that Metzinger represented are included.