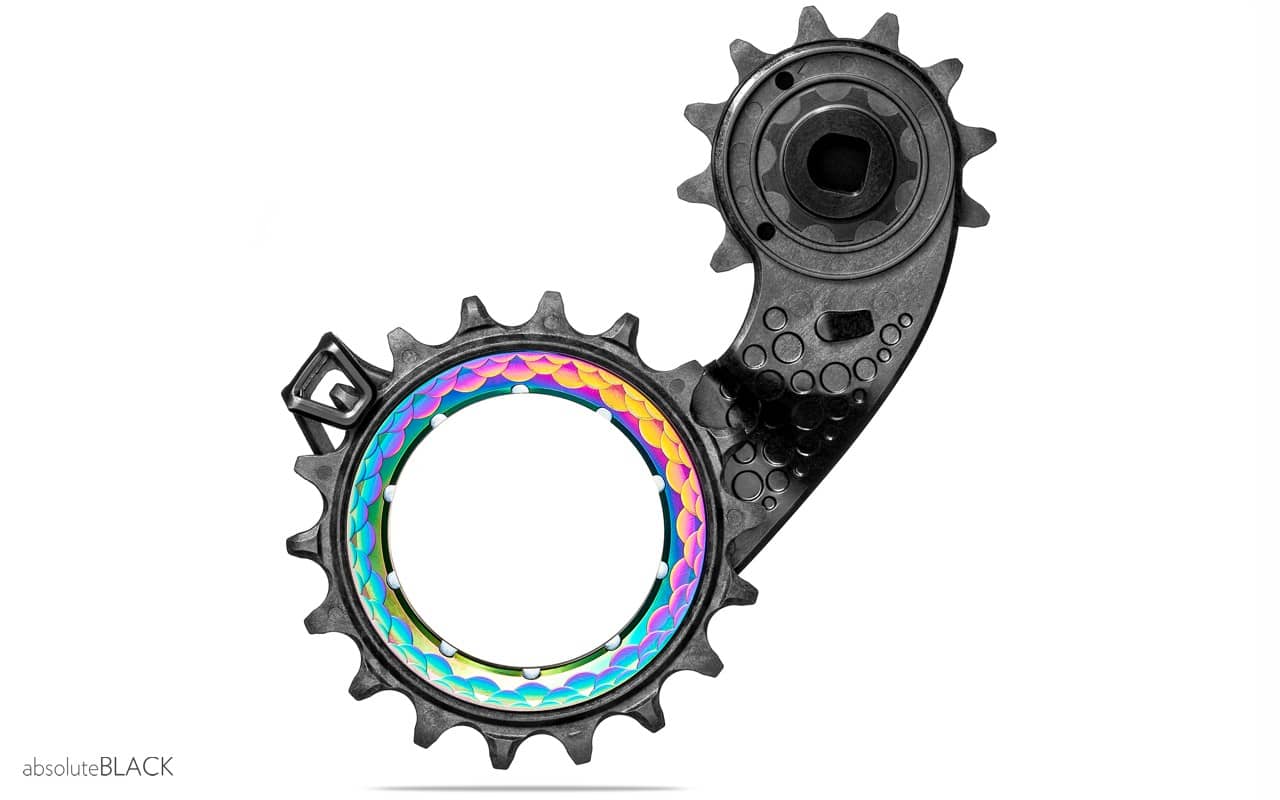 But its position at the top is now being challenged by a new entry from absoluteBLACK. The English company has approached the design from a different angle with the HOLLOWcage. It has a large bearing supporting the lower cog. So large in fact, you can easily see through the center. It’s an aesthetically pleasing design available in a few different colors. But good looks aside, the real game changer here is the noise, or lack of any.

On the absoluteBLACK website, they have a comparison test using a sound meter to measure the dB’s of several different cages. The absoluteBLACK is significantly quieter. It’s actually quite remarkable riding a bike equipped with the cage, and using the wax lubricant also sold by the company, because it is absolutely dead silent.

It’s also important to note the crisp shifting of the HOLLOWcage. I have it installed on a SRAM eTap AXS derailleur, and the shifting markedly improved. Very fast shift speed with solid and reliable performance.

Overall, I am sold on this latest piece of bling from absoluteBLACK. It is not inexpensive, but if you’re game to introduce a huge upgrade on your bike, this is definitely a great choice. And, if the goal is to ride through town in pure stealth mode, then this is an absolute necessity. 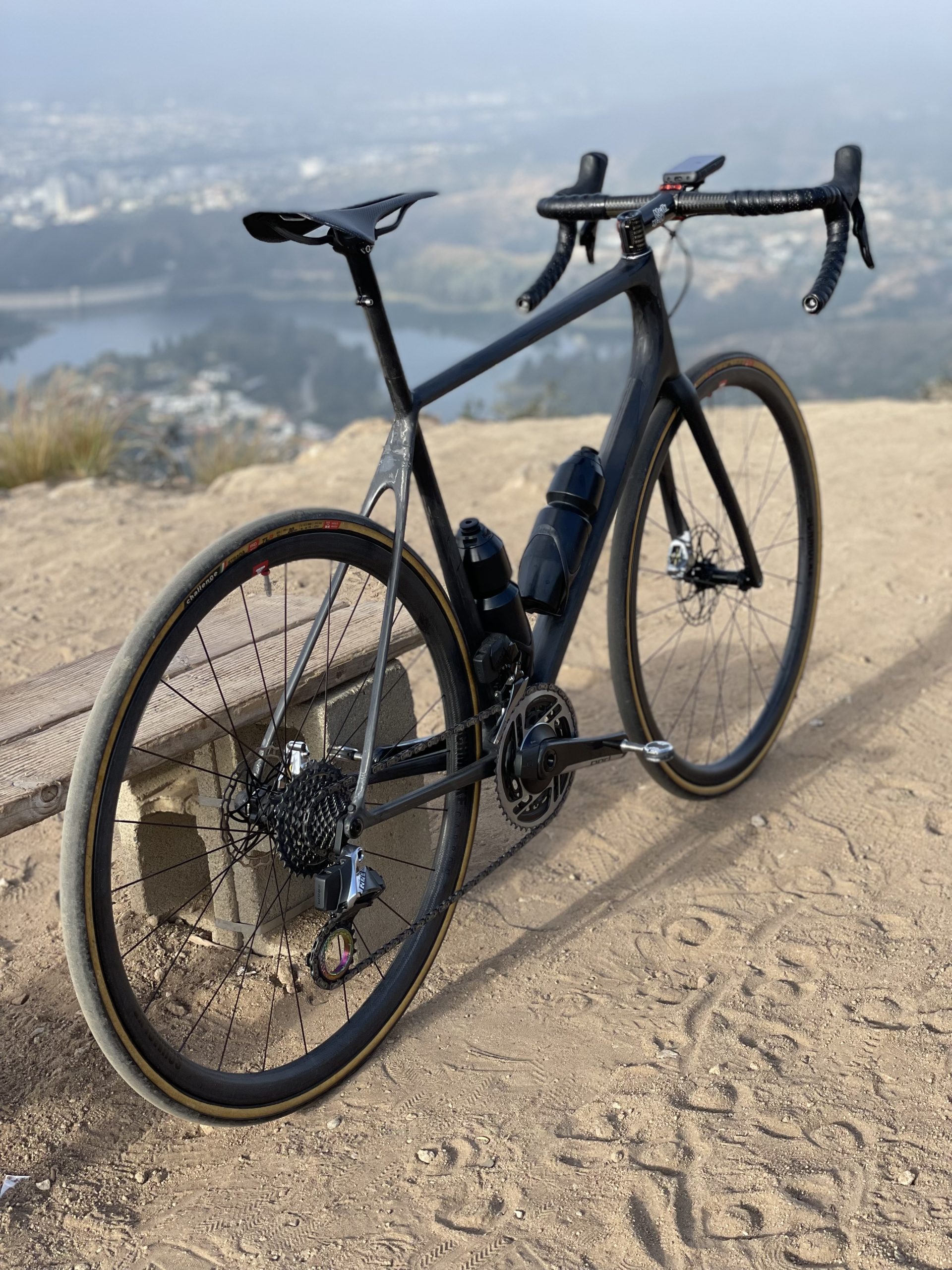 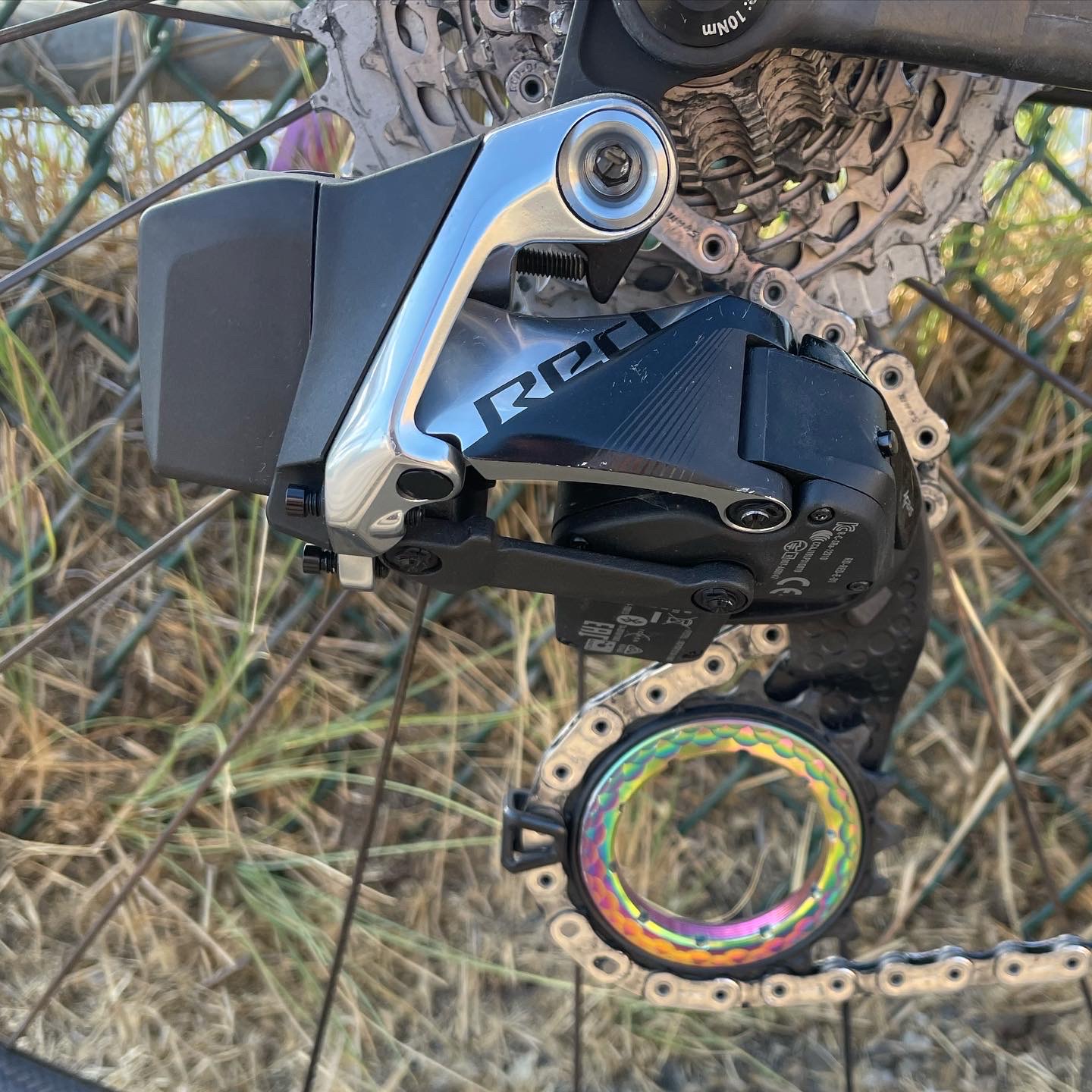