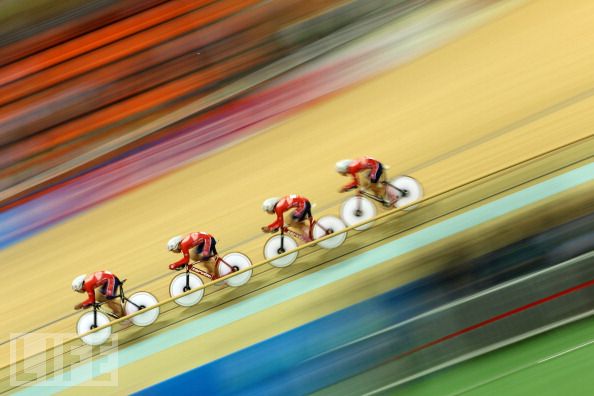 This photograph is of King Lok Cheung, King Wai Cheung, Ki Ho Choi and Ho Ting Kwok competing in the Men’s Team Pursuit Final Track Cycling during day four of the 16th Asian Games Guangzhou 2010 at Guangzhou Velodrome on November 16, 2010 in Guangzhou, China. This has been posted on other sites, but I had to repost, as I think it is an amazing image of speed.