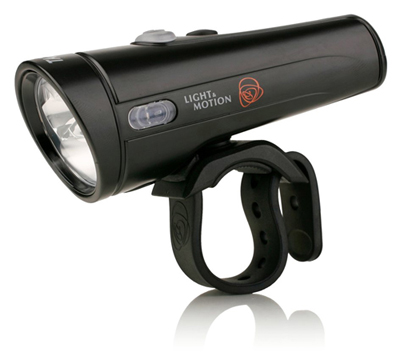 Over the summer Light and Motion released the Taz 1200. This light is marketed as both on and off road, and as the name suggests, it has 1200 lumen output. It is a bit larger than the Urban 550, but not so much as to be a bother for the commuter. It has an incredibly easy to use attachment system consisting of a rubber strap that wraps around the handlebar. It is adjustable for use on most every style of bar. The light runs in three different modes, and unlike the Urban 550, the amber side light has a separate switch with different modes. This light is wickedly bright, so much so, I angle it way down when commuting. I don’t want to give drivers any reason to dislike cyclists. It is really well built, and attaches via micro USB for charging. As with all Light and Motion product, the light is manufactured in Monterey, California. The Taz 1200 most definitely will get you home from work, but will also light the way for some nighttime single track adventure. Light and Motion are also offering a daylight savings special on some of their 2011 commuter packages.