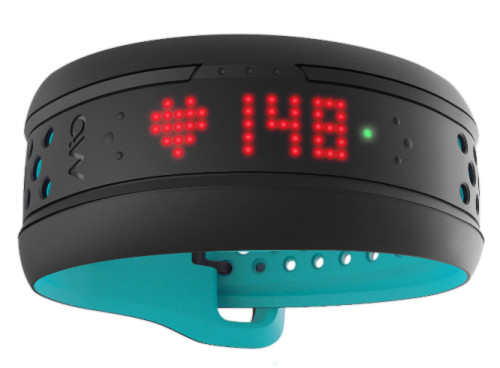 In the last year or so, I’ve often thought about the benefits of monitoring my heart rate while cycling, but, one solid reason against doing it, is the cumbersome design of the chest strap monitoring systems on the market. Here is where the Mio Fuse comes into play. This is a wrist mounted heart rate monitor that can connect via Bluetooth or ANT+ to virtually any computer on the market. It uses an optical monitor to accurately gauge your heart rate. I ran a couple of highly non-scientific tests comparing the Fuse to the Garmin chest strap monitor, and the monitoring results were nearly identical. The Fuse is as accurate as a chest strap monitor, and as mentioned, much more comfortable to wear. In addition to the heart rate feature, the Fuse is also an activity tracker, so it can keep you abreast of how many steps you’ve taken and how many calories you’ve burned. I am not a tremendous data geek, but I will say the steps feature is a lot of fun. I find myself walking more and more just to see if I can break a previous lunch walk record. Here’s to technology pushing you to exercise more. To set the Fuse up, the unit syncs wirelessly with the Mio Go app, available for both IOS and Android, so everyone can get in on the action. For me, it is important that the Fuse also syncs up with my Garmin computer, since that is my primary tool for keeping track of my rides. Syncing the Fuse to the Garmin could not have been easier. I searched for the unit on the Garmin, and it was instantly recognized. Then, I added it to the sensor list, and that was it, all set up to record my heart rate in conjunction with all the other data the Garmin collects. No instructions were needed to sort out the basics. Its use is intuitive – a rare feat in these days of overly complex technology. And, to add to the already robust feature set, I recently received a note alerting me to the fact that the Fuse will add a sleep tracking feature by year’s end. The Mio Fuse is comfortable to wear, easy to set up, easy to use, accurate, and a good motivator for those looking to be motivated. What’s not to like? 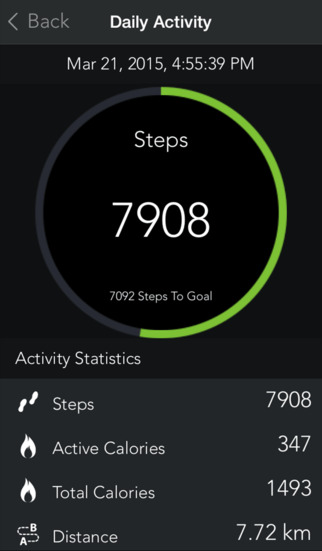