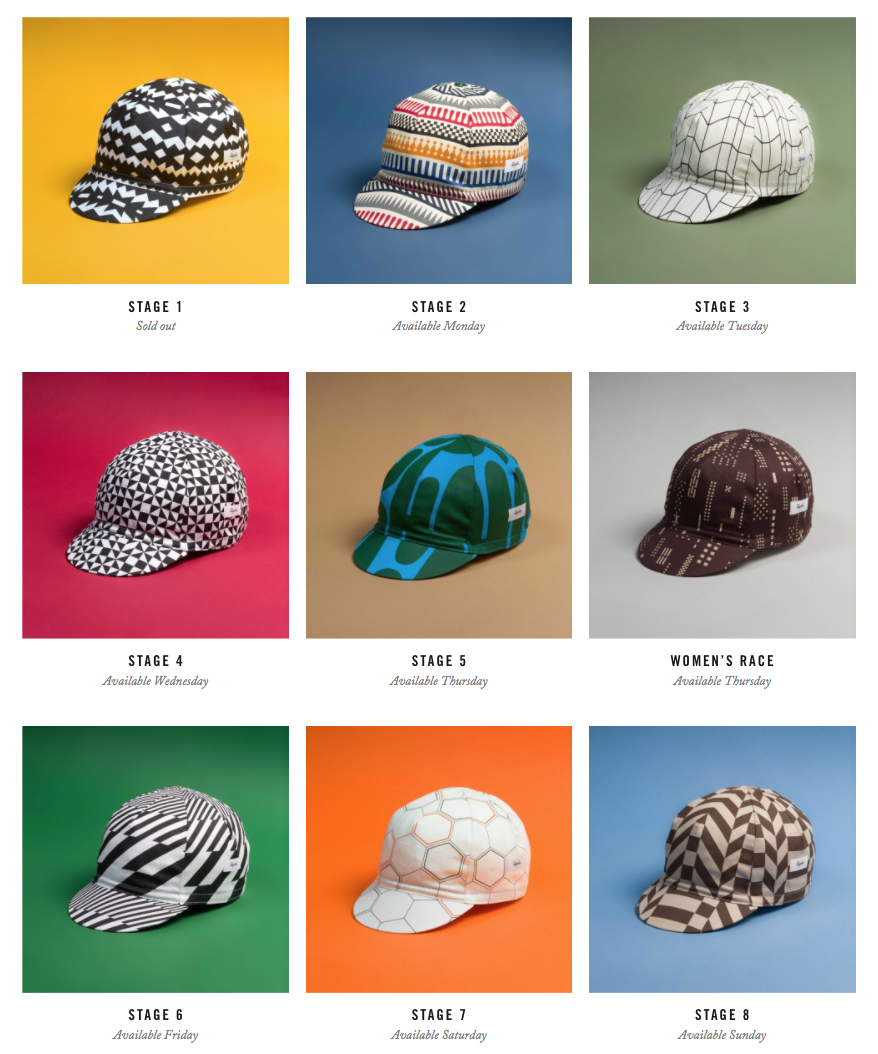 For this year’s edition of the Tour of California, Rapha has teamed up with Herman Miller to offer a limited edition run of caps to mark each stage of the race. The caps use prints created by Alexander Girard, longtime Design Director of Herman Miller’s textile division. Each cap will only be available on race day, and as evidenced by cap 1 already having sold out, it will not be easy to collect the entire series. It will be almost as hard as trying to getting Radiohead tickets, but at least there will be the satisfaction of being able to watch the Tour. Rapha continues to impress with interesting collaborations and projects, and this one is sure to up the ante. More on the story behind the creation of the caps can be found on the Rapha site.