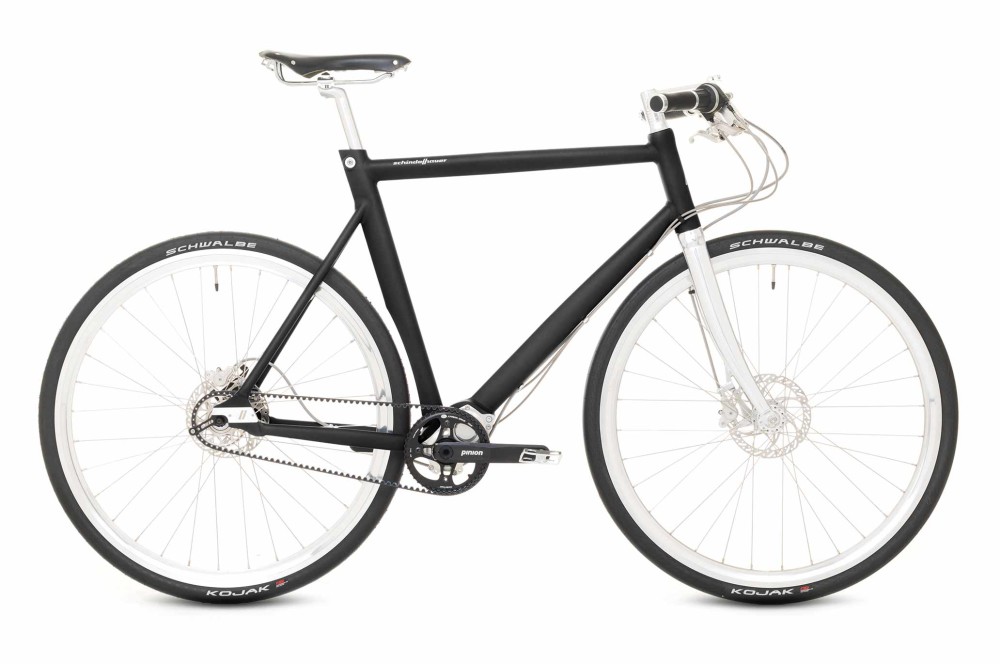 One very pleasant surprise at Interbike was the chance meeting with Jörg Schindelhauer of Schindelhauer Bikes. I’ve been obsessing over Schindelhauer Bikes since first seeing them in a shop called Stilrad, in Zurich, Switzerland, so I was happy to meet the man behind the company. The bicycles are beautifully designed and engineered for city riding. All use a Gates Carbon Belt Drive instead of a chain, guaranteeing years of quiet, maintenance-free riding. There are different options for gearing, ranging from single speed to internally geared hubs from either Shimano or Rohloff, to the high end option of a Pinion Gearbox with either 9, 12, or 18 speeds. Some have disc brakes while others use the more standard rim brake. The configurations vary from an all out city racer to a more civilized city bike with rack and light. The common thread across  the entire line is the simplicity and elegance of the bikes. High end city bikes are already quite common on the streets of European cities, and the prospect of these bikes making their way over to our shores fills me with excitement. I think the market in the United States is opening up to higher end offerings for city riding, as cycling in our major cities has become more viable over the last decade. Why settle for mediocre urban bikes? Good design translates into ease of use, which further translates into pleasure and enjoyment. I am convinced that riding a Schindelhauer, I would have a smile permanently etched on my face no matter the ride. The conversation at Interbike left me with the sense that those of us living stateside may soon get to experience that joy. Stay tuned. 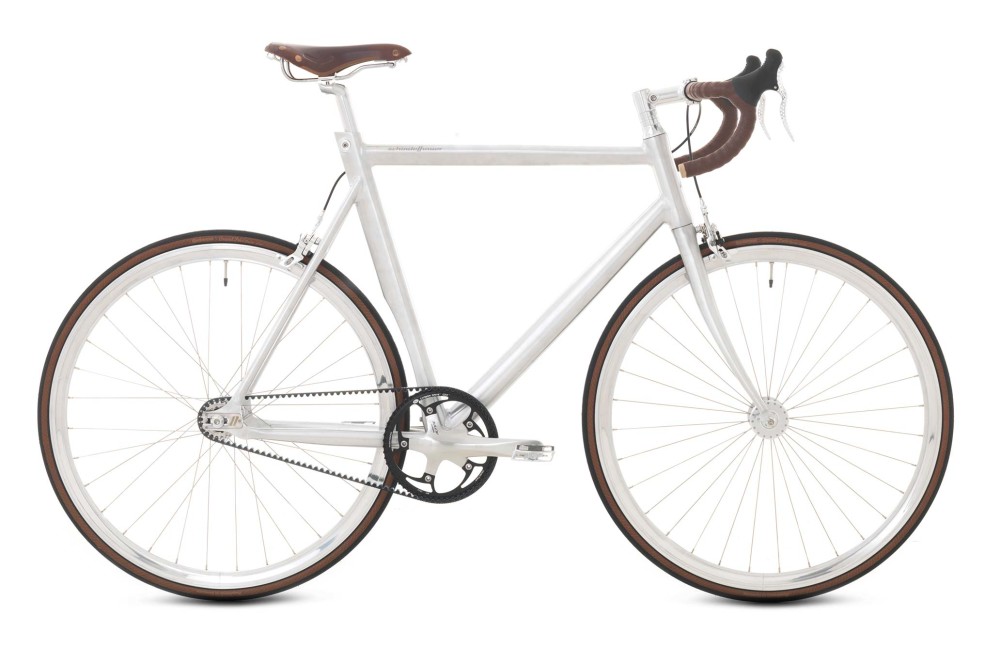 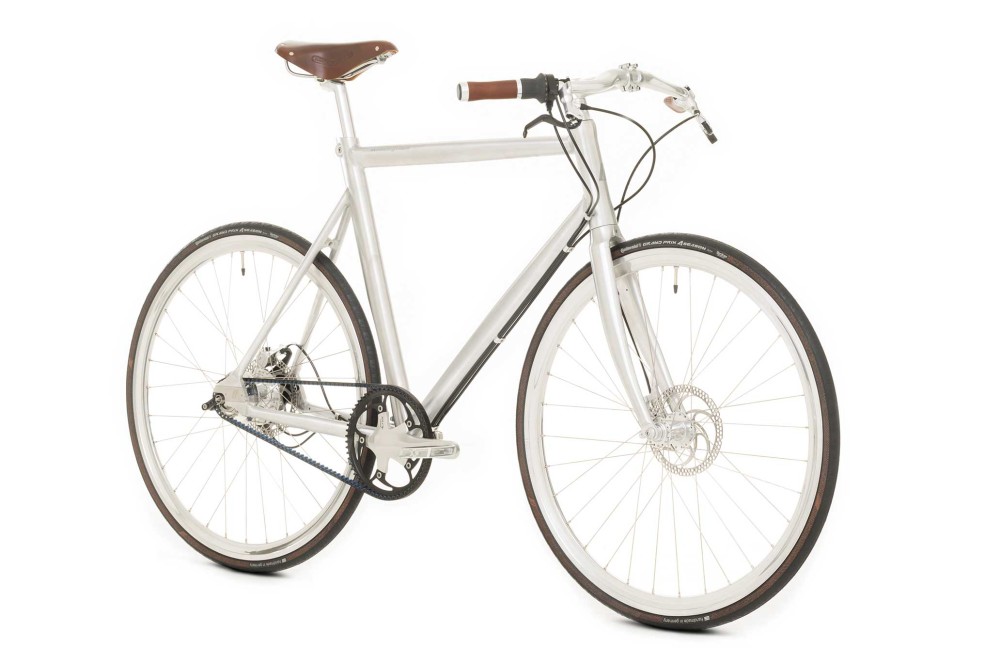 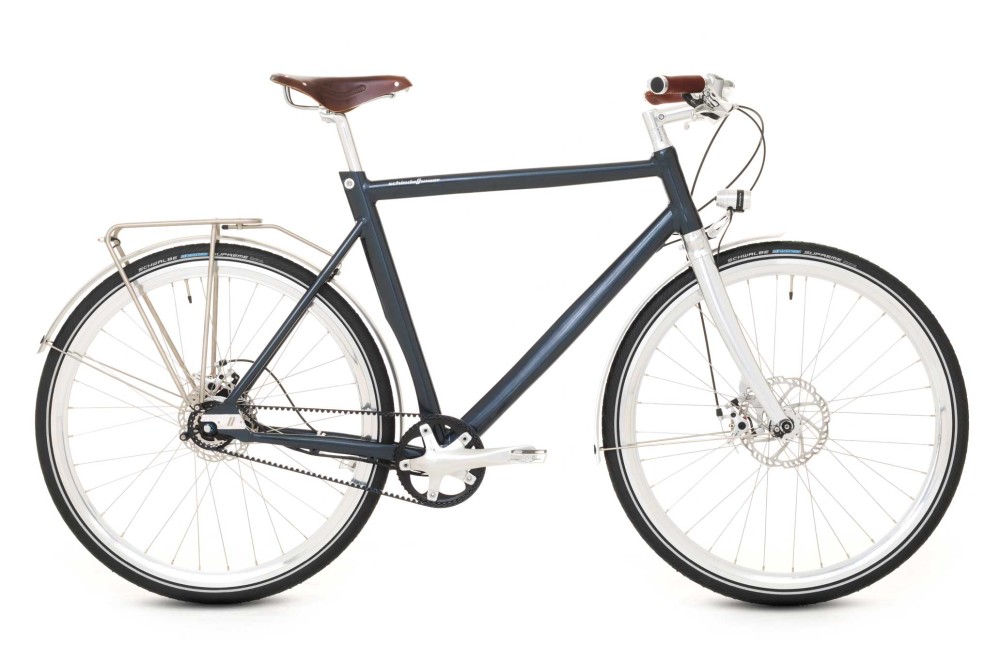