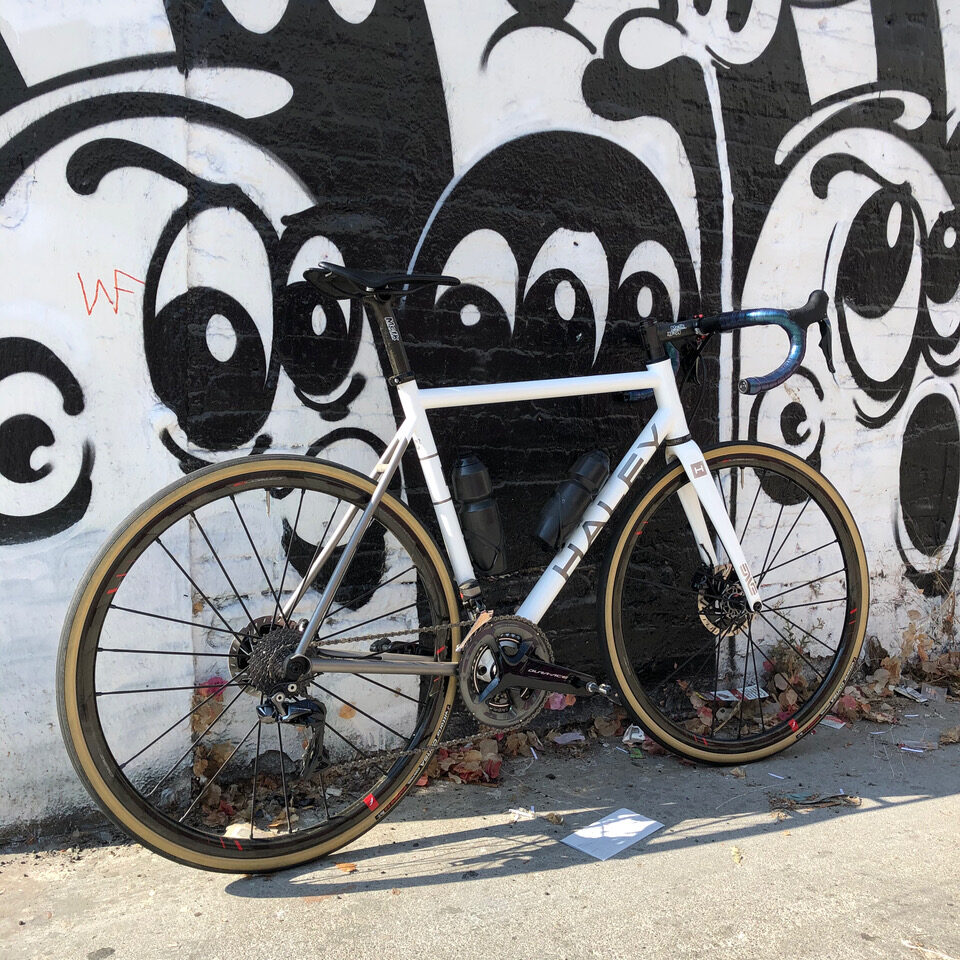 Shimano Dura-Ace Di2 9150 – nearly perfect? In a word, yes. I’ll start with the hoods, as they are far and away my favorites. The reach to the lever is exactly right, as is the girth of the hoods – they feel tailor-made for my hands. And, being on the thinner side, they make long distance riding a breeze. Both shifting levers are ergonomically perfect, so no matter which gear you need, it’s a cinch getting there. Another interesting feature is the hidden buttons on the top of the hoods. These can be programmed to control anything. If you have a Garmin computer, the buttons can be used to scroll through the different screens on the device, or if you prefer, the buttons can also be used to shift gears, giving you an endless variety of shifting options.

To program these buttons, and customize other features, there is a smart looking app for IOS or Android that can access the system. When Di2 first came out, the only option for getting into the system was a program that only ran on PCs. It was a bit clunky, so it was a relief when the app was released. With the app, connecting to your system is quick and easy. Gone are the days of trying to read into the minds of the programmers. Now, within minutes, you can set the function of the buttons and levers, and adjust the speed of the shifting. It’s worth noting that the levers can be set up any way you like. For me, I set up the left lever to shift the chain front and rear to the left. For the right lever, I’ve set it to shift to the right. A simplistic set-up for sure, but it makes things crystal clear for someone like me, who suffers from a mild case of dyslexia. The newest update to the app makes adding your bikes and power meters even easier. Shimano has come a long way since the first iteration of the PC program.

The coolest function on the Di2 is setting the speed with which it shifts. I’ve got mine to shift at the fastest setting and with unlimited jumps. So, hold the lever, and it shifts to the last possible gear. This setting is fast, very fast. This is where Shimano really shines. The shifts are perfectly accurate, and instantaneous. It’s a joy reaching the crest of a climb and holding the lever to quickly get into the highest gear. And on the flip side, when you reach the base of a climb, getting into the lowest gear is accomplished faster than your mind can wrap itself around the climb you’re about to tackle. Nothing beats Shimano when it comes to speed and accuracy in shifting gears.

Braking is the other important function of a group set, and Shimano also has this covered. The Dura-Ace hydraulic disc brakes are excellent. Most of my rides these days are in the Hollywood Hills, where I’m regularly tackling 18 to 20% grades. What goes up must come down, and these rides tend to have a tremendous amount of challenging descents. The Shimano stoppers never leave you wanting for more. They are efficient, and even on the longest descent, they do not fade in the slightest. One note for those using older Shimano pads – Shimano quietly updated their disc brake pads, releasing what are dubbed the L03A pads with a new resin. Previous pads tended to be noisy, squealing after a bit of application. Now, with the updated pads, there is no noise whatsoever. It’s a huge improvement, and it takes care of the only complaint I ever had with the disc brakes.

So, a perfect group set? Almost. When comparing it to the wireless setup that SRAM uses, it sure would be nice not having internal wires and an internal battery. This would really be my only quibble with Shimano electronic group sets. But then again, wireless, as in the case with SRAM, is a bit slower shifting. A trade-off for sure. But, if I were putting down a bet on what Shimano has planned for their 100th Anniversary next year, I’d bet on a wireless setup that is as fast as their current wired setup, and as is the trend these days, I’d also bet on a 12 speed group to replace the current 11 speed group. If they are able to pull this off, I would wholeheartedly deem Shimano Dura-Ace absolutely perfect. 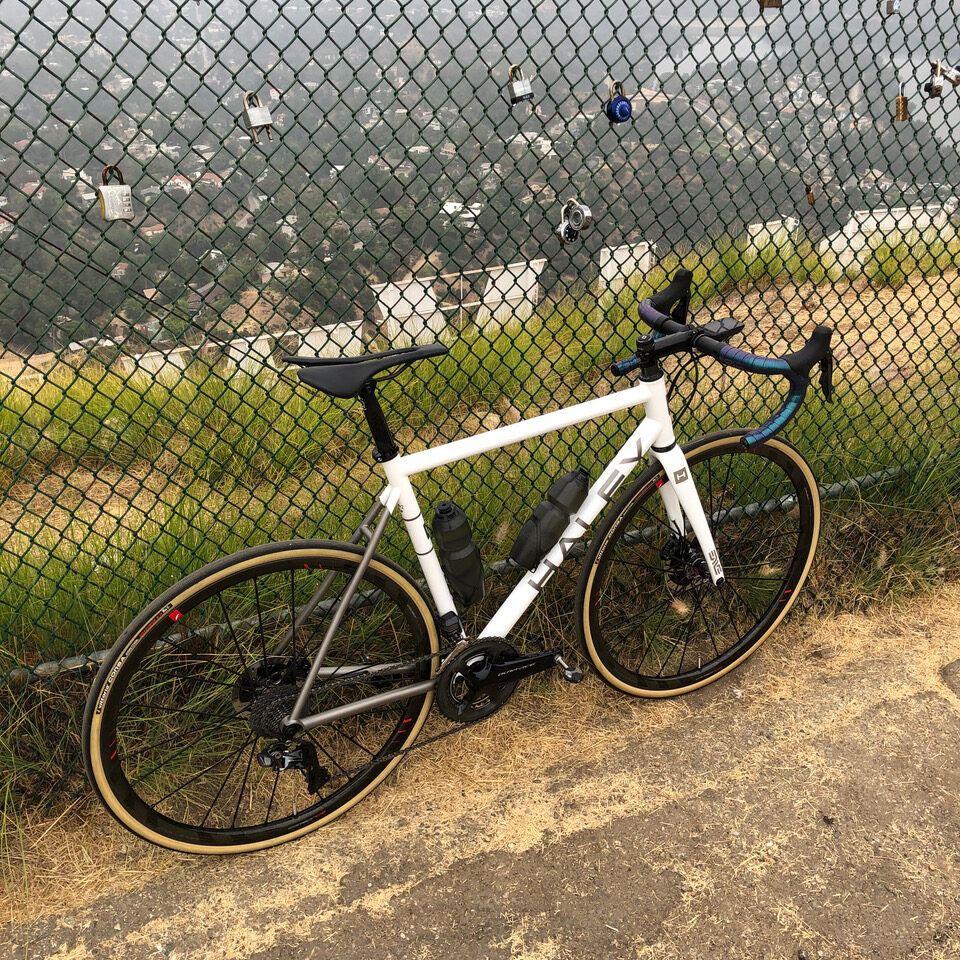 Shimano Dura-Ace on a Haley . Take notice of the amazing limited edition handlebar tape from Shimano. 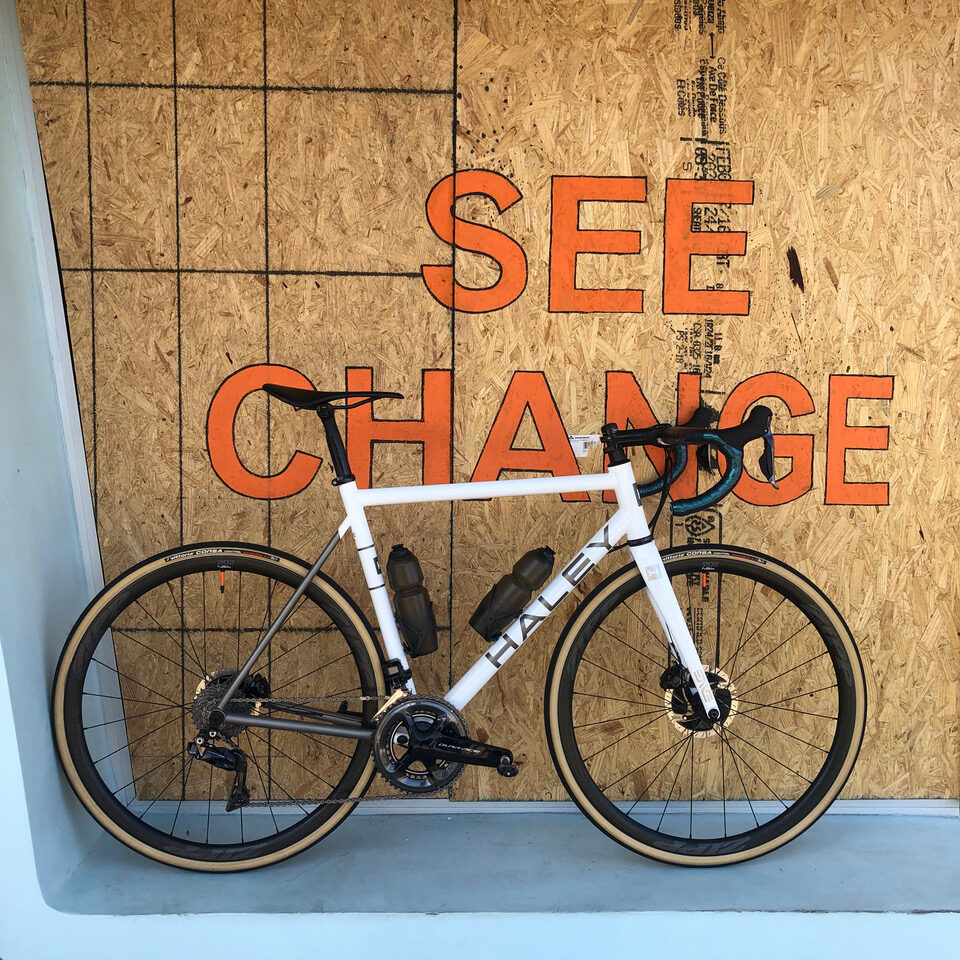