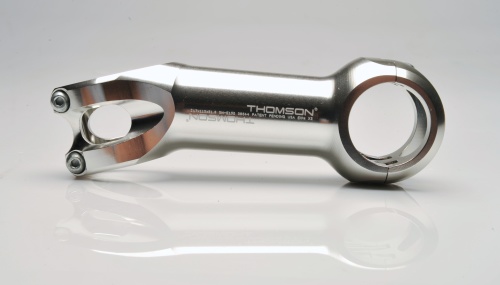 This post is not about a particular product, but more of a reminder of those in the cycling industry who deserve recognition every once in a while. Thomson has been making seat posts and stems for a long while. The first bicycle components were created in 1994-1996. Patents were obtained, and a new chapter began for L.H. Thomson. Aerospace is still a major part of the business, but the cycling side has created a steady demand for the small, but always increasing catalog of parts. There are only a handful of companies in the cycling industry that have obtained the rock solid reputation that Thomson has gained. The parts are known the world over for being the best in the business. Every bicycle I’ve put together over the years has at least one part from Thomson, and some many more. The recent Calfee build has the stem, the seatpost, and my favorite Thomson handlebars. When using these parts, I feel I have the best available, and something that will last a lifetime. I appreciate the focus of the company, and always look forward to what is coming next. Thomson will always have a top spot on the podium.