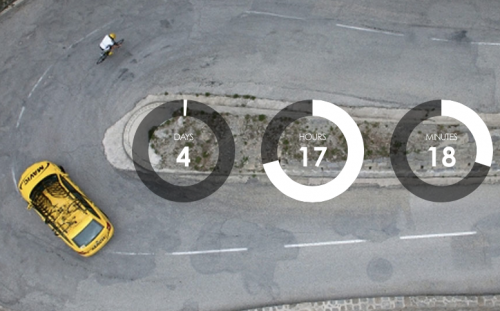 I just received the following press release from Mavic highlighting Nicolas Roux’s attempt at setting the record on the Tour du Mont Blanc. It is an epic ride, and Nicolas can be followed along the entire route at this link.

Mavic is excited to announce a new sporting endeavor in celebration of our 125 year anniversary. On June 2nd, in honor of Mavic’s long legacy as the trusted partner of cyclists at the heart of the sport, Mavic ambassador Nicolas Roux will attempt to finish the “Tour du Mont Blanc” faster than ever recorded. This 330km route around the highest summit of the North Alps, traverses three different countries – France, Italy and Switzerland, over 5 Hors Categorie climbs and totals more than 8,000 meters of ascent.

Combining the Mavic SSC concept of professional technical support and products developed specifically for racing, Mavic’s longstanding passion for supporting the most intense moments in cycling, and the quest to push the limits of endurance, Nicolas will endeavor to finish the loop in a time under the record of 11 hours, 41 minutes, set in 2011. Nicolas Roux is an accomplished competitive rider and cyclosport athlete, and has won l’Etape du Tour in 2012 and 2013.