A Regular Day Turns Into Anything But 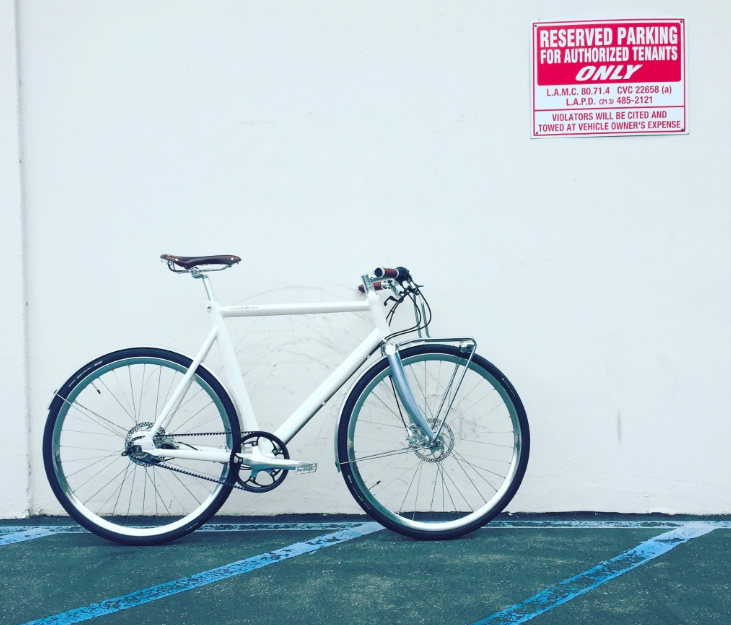 Bent and twisted is not the way I wanted to present the best commuter bike I have ever ridden. The bike in question is the Schindelhauer Ludwig XIV, and I have had it in my possession since late May. With the exception of a month-long stay in Europe, I have ridden the bike daily to work and It has quickly become my absolute favorite city bike. From the internal Rohloff hub, to the hydraulic disc brakes from Formula, to the comfortable but incredibly speedy geometry of the Schindelhauer frame, this bike is meant to be enjoyed.

But….now for the reason the bike is bent. Last Thursday, a seemingly normal day, I was happily riding to work enjoying the air and the bike, and thinking about the meetings I had coming up. Two blocks from my office I crossed Wilshire Boulevard, got on the sidewalk, and entered the next intersection. As I entered, I saw a black Jaguar sedan coming towards me. I could see the driver was looking the other way, ostensibly to try and make the right turn onto Wilshire Boulevard without coming to a full stop. He did not see me, and in a flash, I was on the ground, the Schindelhauer pinned under the front wheels of the car. My first concern, one that pegs me as a serious cycling nut, was my bike: how bad was it? The driver needed to reverse off of it so that I could retrieve it and put it out of further harm’s way on the sidewalk. That done, I checked out my bag, my computer, retrieved my glasses that were lying on Wilshire Boulevard, and then checked myself. I was in shock. This was the first time I’d been hit by a car since junior high, or to reveal my age, since the late 70s. Considering I ride almost every day to work, and then on the weekends, it is not entirely unusual for me to log well over a hundred miles a week. I consider myself a careful rider, but yesterday I paid for riding on the sidewalk. I know it is completely legal to ride on the sidewalk in California, and more specifically in Los Angeles, and with the continued construction of the subway, the sidewalk becomes an attractive alternative to the street. However, it is still not the best choice. Drivers in this city are woefully unaware of pedestrians and cyclists. The addition of distractions such as cell phones makes this all the worse. We are not seen. Broad daylight doesn’t help; we are still not seen. Drivers don’t typically anticipate bicycles on the sidewalk, making this an additional danger. Cyclists as a rule fare better than pedestrians, but the rate at which we both get hit is alarming. I had the good fortune of being hit by someone who stopped and stayed at the scene. Sad to say, but that already seemed like a blessing. The bike may be destroyed, but my body will heal. I see reports daily of cyclists and pedestrians getting killed, so I consider this unusual day a bit of an eye opener. We cyclists need to be vigilant about safety on a bike. Helmets, lights, and a keen awareness of the surroundings are not to be taken lightly. Last Thursday could have been a really awful day. I am truly grateful that today I can sit and write about my misfortune. And, if all goes well, I’ll be back on the bike before long, enjoying the wind on my face and the beauty of seeing the city on one of the greatest inventions of all time. December 1st now has special meaning –  I will remember it always as one of the luckier days of my life. 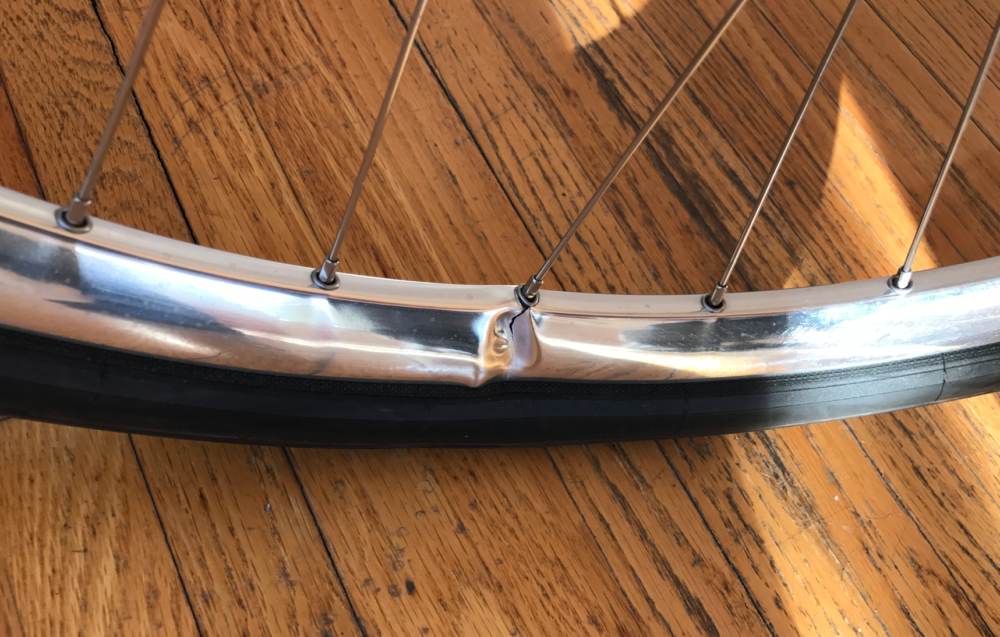 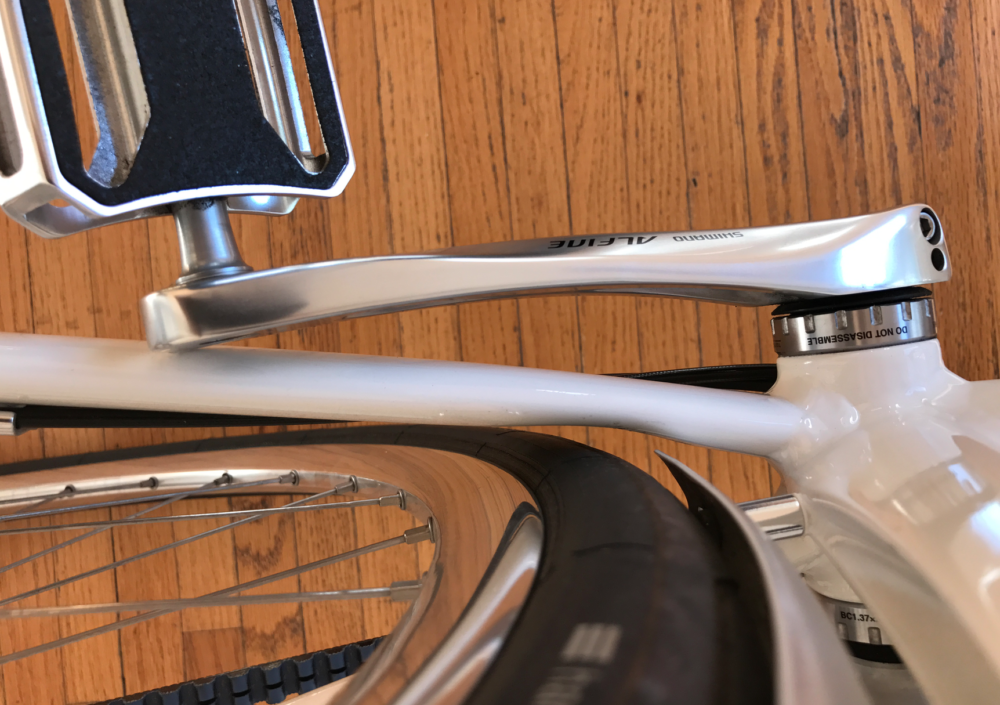 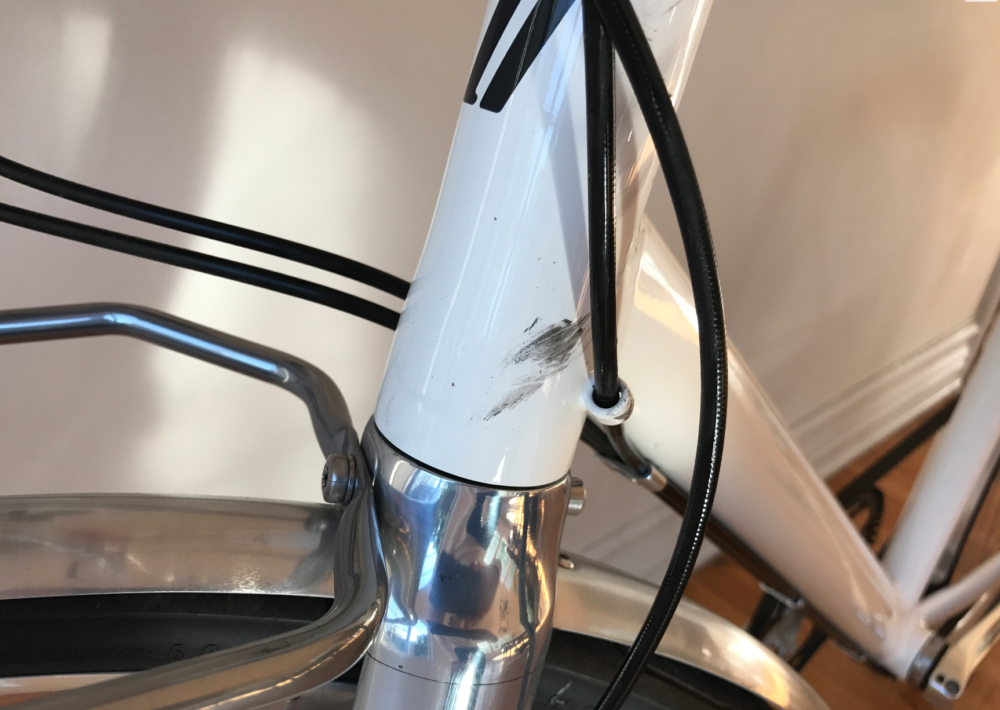