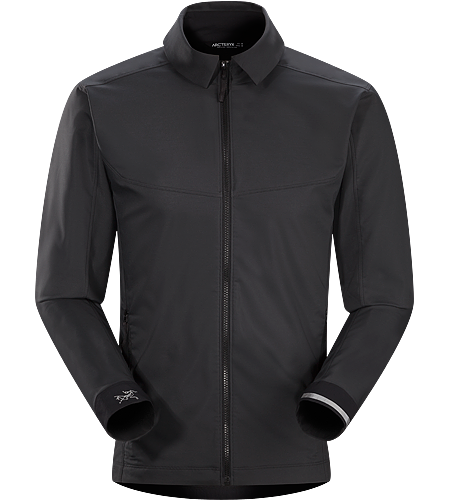 Arc’teryx has always been on my radar, but until recently, I had no idea they had a commuter line in their catalog. The collection is small, consisting of eight pieces for men, and nine pieces for women. These cover everything needed for a complete outfit on the bike: pants, shirts, and a jacket make up the aptly named A2B line. A stand out piece is the A2B Commuter Jacket. It is made from Kavan™ polyester, a breathable two way stretch fabric that is also wind and water repellent. It is incredibly comfortable, and the fabric affords wonderful freedom of movement. All the while, the long arms and drop back hem are certain to keep you protected when in a riding position. There are three pockets, two for the hands, and another at the back big enough to accommodate your supplies. The cuffs and collar feature reflective stripes, a favourite feature of mine, and necessary when commuting at night. The design of the Commuter Jacket is simple and elegant, with nothing extraneous cluttering the look. The light weight makes it a perfect year round piece for those of us in LA, and a three season piece for those in places that have more discernible seasons. I put the jacket to the test the other evening in a non-cycling situation. I attended a show at the Hollywood Bowl, an outdoor venue here in LA. Despite being August, and despite being in the worst drought California has experienced in years, it started raining steadily during the second act. Plastic ponchos were being passed out, but I opted to rely on the A2B Commuter Jacket. Sitting for 45 minutes in a steady rain didn’t do much to spoil the evening. I stayed dry for the entire time I was out, and had it not been for the jacket, I probably would have had to leave early, or even worse, resort to the plastic poncho. I think Arc’teryx has done a wonderful job developing the A2B Commuter line, and I can only hope more products are added to the already wonderful line-up.