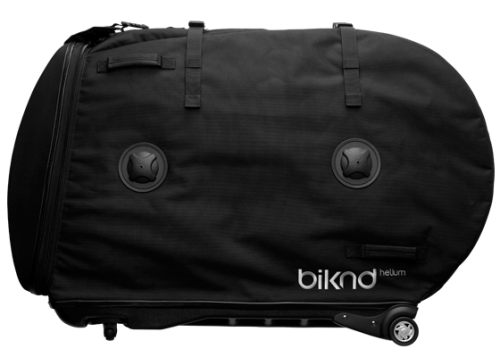 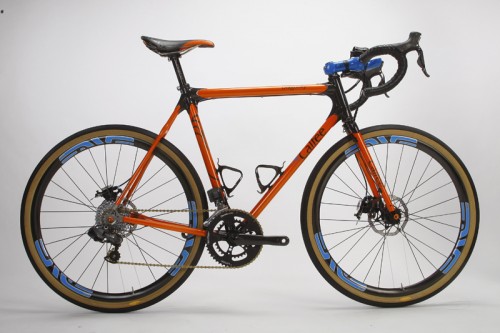 On my trip to Europe last month, I had the opportunity to bring along the beautiful Calfee Dragonfly Adventure bike you see pictured above. The bike is a special edition project bike originally built for Neil Shirley at Road Bike Action to race in the Crusher in the Tushar. It has an interesting history, and I really wanted to make sure the trip didn’t cause it any damage. So, in the best interests of the bike, I contacted Biknd for more info on their Helium travel case. Then, at Sea Otter, I was able to see the case in person, and was sold by its design and light weight. I was fortunate to receive the travel case for the trip, and I gave myself plenty of time to pack up the bike. I’ve only traveled with an S & S equipped bike, so I was prepared to have to spend a lot of time disassembling the Calfee much in the same way I do with my personal travel bike. I pulled the instructions out, and began what I assumed would be a long process. Thankfully, I was wrong. The disassembly required is minimal. The bars and stem need to be removed, as does the rear derailleur. The pedals and saddle and seat post are the only other items that need to come off. Once this is done, the bike attaches to the solid bottomed case via a quick release attachment that connects at the front fork. The bottom bracket rests on a foam block, and the frame is held in place with velcro straps. The removed items store neatly in the bottom, and the wheels have attachment points in the sides of the case. Once everything is tied down, the case is zipped up, and the inflatable bladders are easily blown up with the supplied pump. This gently, but firmly, ties the entire package together. It was nothing less than shocking how simple the entire process was. More importantly, the bike was firmly ensconced in a completely secure case. I headed to LAX for my flight which required a connection in Frankfurt. Despite my initial satisfaction with the Helium, I was still a bit apprehensive, especially with the added handling the bike would be subjected to on its way to Zurich. When I finally did arrive in Zurich, the bike came out from the oversize baggage area, and the case looked untouched despite its lengthy trip. When I reached my ultimate destination, I immediately unpacked the bike. It looked perfect, as it did upon its arrival back in LA, in the same condition as it looks in the photo above. The Biknd Helium also survived the trip back to the States in near perfect condition. The inflatable bladders are genius, and the security they provide is excellent. Biknd has created a perfect travel case for globetrotters.