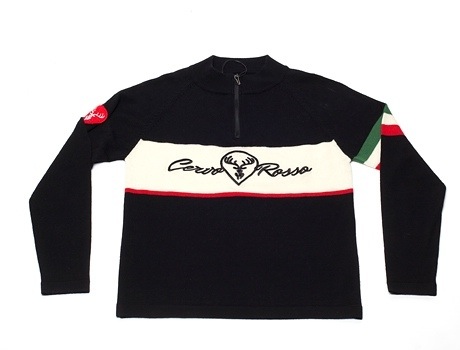 Cervo Rosso sent me their casual woolie to review several weeks back. Before speaking about the woolie, let me begin by apologizing for having been the silent blogger as of late. Work has taken my time recently, and then the Tour of California rolled in, which really took all my attention. Now I’m in London, but if the iPad serves as a respectable replacement for my dead MacBook, I’ll start posting once again.

Now, back to the woolie. I had the chance to wear this on a ride to Santa Monica from Hollywood on a fairly chilly LA day. The woolie performed perfectly. It kept me warm, stretched in the right places, and didn’t have any foul odor after a fairly strenuous ride. It also looked good, as I was told by the folks at Helen’s, who asked where they could get one. Well, that’s the easy part. All of their clothing can be purchased online at CervoRosso. Cervo Rosso appear to be off to a good start.