Cycling, Cubo-Futurism and the Fourth Dimension 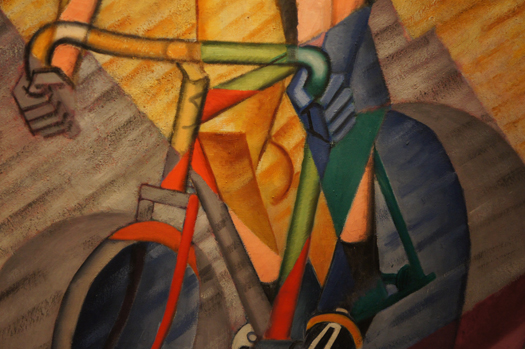 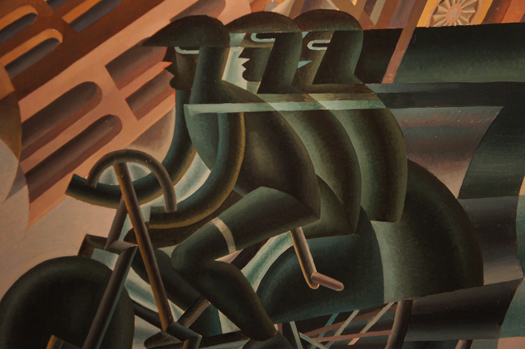 I find it quite cool being in Venice, a city not well suited for cycling of any sort, and yet there is still cycling related material to be found. The exhibit, Cycling, Cubo-Futurism and the Fourth Dimension, at the Guggenheim, is small but really fun. Paintings, bicycles, and a stationary cycle set up with a virtual reality screen. The paintings were amazing, as were the five bicycles. One is an early Bianchi with a hinged frame, making for an early travel bike. Also on display is Fabian Cancellara’s Trek from the 2012 Tour of Flanders as well as a wood model of Leonardo Da Vinci’s bicycle. There is also a sculpture about time by Swiss artist Paul Wiedmer that utilizes used rims and other bicycle parts. A small but sweet show. 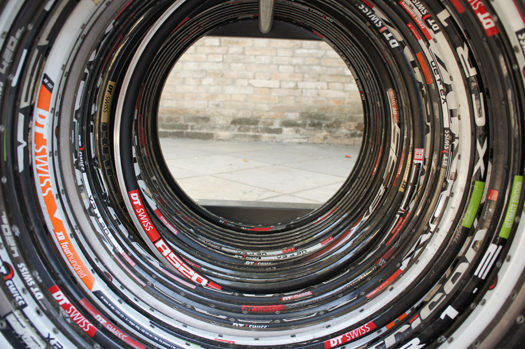