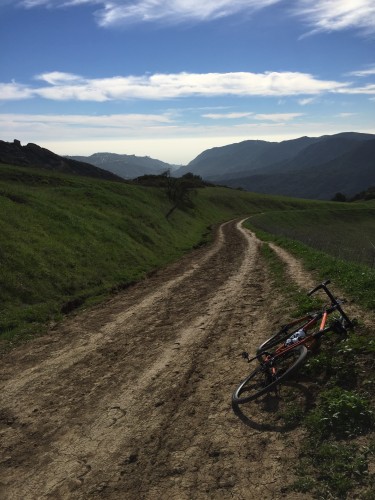 This past Sunday I rode 5o plus miles on the fire roads of Topanga State Park. En route, I was swallowed whole by Velo Club La Grange. This happens to me more often then I care to mention as we always seem to be on the same roads on Sunday mornings. Once I’m caught by the pack, I try to stay on the wheel of one of the riders for a few minutes just to feel what it’s like to ride in a group. The advantages are clear. When riding with others, you are pushed to ride outside your comfort zone which in turn can make you a stronger rider. I appreciate this, and marvel at their weekly commitment. Unfortunately, as I always get spit out the back of the peloton after some time, I also am witness to the behavior of the pack, and I have to say it ain’t pretty. On this very Sunday, I observed several riders bombing through lights on Mulholland, risking their own lives, and scaring the daylights out of the motorists. I may lean heavily to the side of being overly polite to motorists, but I see no gains in the stupid behavior I witnessed. First and foremost, the Nichols ride that Velo Club La Grange hosts each Sunday is not a race. No prize money or bicycle art trophy to be had. This is a group ride, and trying to follow basic rules of the road should not be all that difficult. The specific incident I saw involved three riders barreling through a light at the corner of Mulholland and Stone Canyon. A motorist had already started to make a left onto Mulholland when three riders blew past the light, forcing the driver to slam on her brakes –  obviously dangerous to the cyclists, and harrowing for the driver. These are exactly the kinds of incidents we need to avoid. Unfortunately, when riding in a large group, I think a pack mentality can take over, and the cyclists tend to think they own the road. The three cyclists in question may ride responsibly when on their own, but in a group, the rules are sometimes thrown out the window. As a complete contrast, I ran into another cyclist on dirt Mulholland with whom I struck up a conversation. He was riding an odd bike with a coaster brake, and of course this piqued my curiosity. I asked him questions and within minutes I discovered he was riding a race called the Coaster Brake Challenge. Despite being in the midst of a race, he was courteous and respectful of the hikers and cyclists he encountered, a sharp contrast to the La Grange cyclists. I asked the cyclist how many were involved in the race, and he responded that he believed 20 riders had signed up – a smaller group than La Grange to be sure. I, of course, am making huge generalizations, but I think I’ll stick to solo rides or small group rides. They seem friendlier somehow. The view on my Sunday solo ride, as seen above, was spectacular. And, when I see a red light in the future, I’ll be sure to stop. I may not like it, but at least it gives me a small respite.